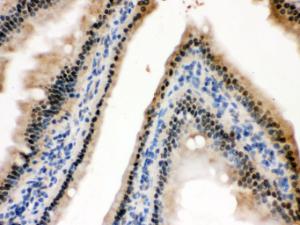 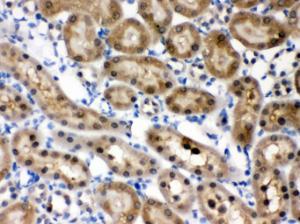 Histidine triad nucleotide-binding protein 1 is a protein that in humans is encoded by the HINT1 gene. It is a haploinsufficient tumor suppressor gene that inhibits the Wnt/?-catenin pathway in colon cancer cells and Microphthalmia-associated transcription factor (MITF) activity in human mast cells. The protein encoded by this gene can hydrolyze substrates such as AMP-morpholidate, AMP-N-alanine methyl ester, AMP-alpha-acetyl lysine methyl ester, and AMP-NH2. The encoded protein interacts with these substrates via a histidine triad motif, which is part of the loop that binds to the substrate. Several transcript variants, but only one of them protein-coding, have been found for this gene.