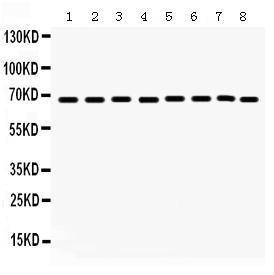 PTPN11 (Tyrosine-protein phosphatase non-receptor type 11), also known as protein-tyrosine phosphatase 1D (PTP-1D), protein-tyrosine phosphatase 2C (PTP-2C), TYROSINE PHOSPHATASE SHP2 (SHP2), BPTP3, SH-PTP2, SHP-2, SH-PTP3, is an enzyme that in humans is encoded by the PTPN11 gene. PTPN11 is a member of the protein tyrosine phosphatase (PTP) family. The open reading frame consists of 1,779 nucleotides potentially encoding a protein of 593 amino acids with a predicted molecular mass of 68 kD. PTPs are known to be signaling molecules that regulate a variety of cellular processes including cell growth, differentiation, mitotic cycle, and oncogenic transformation. This PTP contains two tandem Src homology-2 domains, which function as phospho-tyrosine binding domains and mediate the interaction of this PTP with its substrates. This PTP is widely expressed in most tissues and plays a regulatory role in various cell signaling events that are important for a diversity of cell functions, such as mitogenic activation, metabolic control, transcription regulation, and cell migration. Mutations in this gene are a cause of Noonan syndrome as well as acute myeloid leukemia.